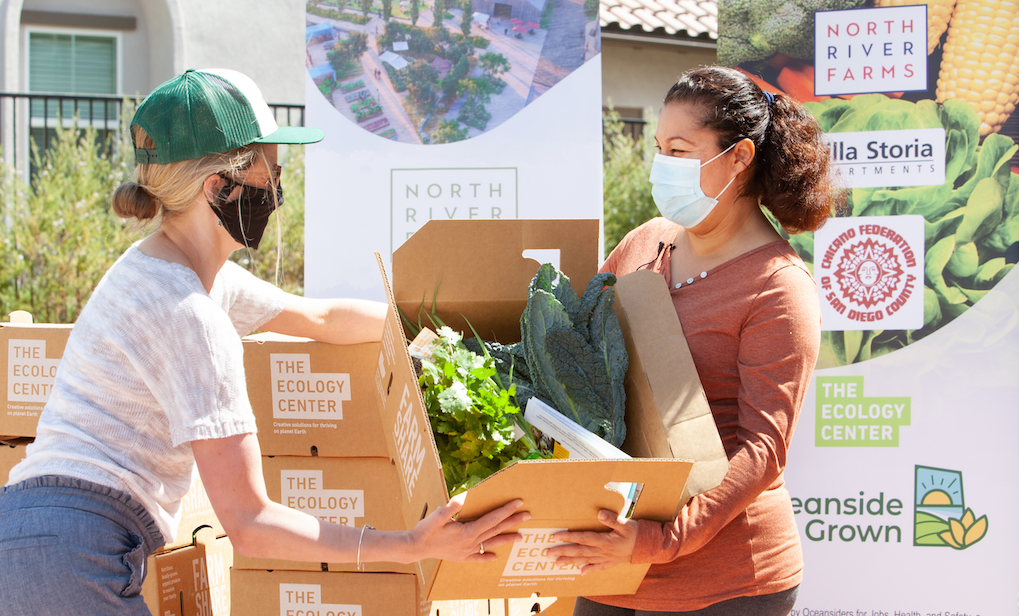 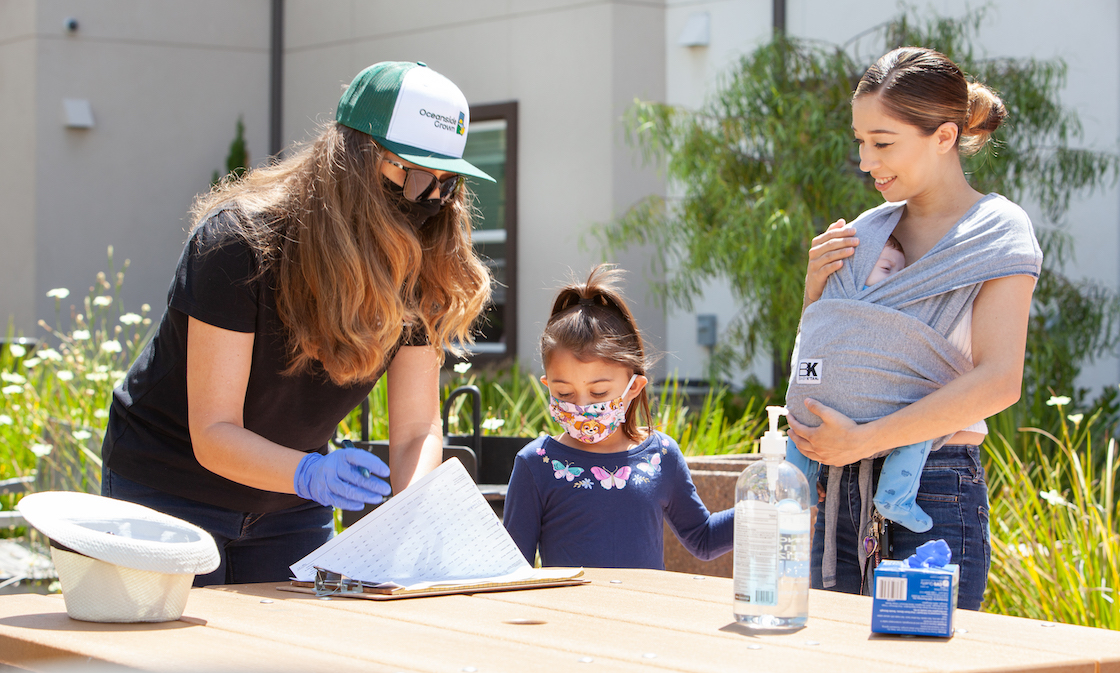 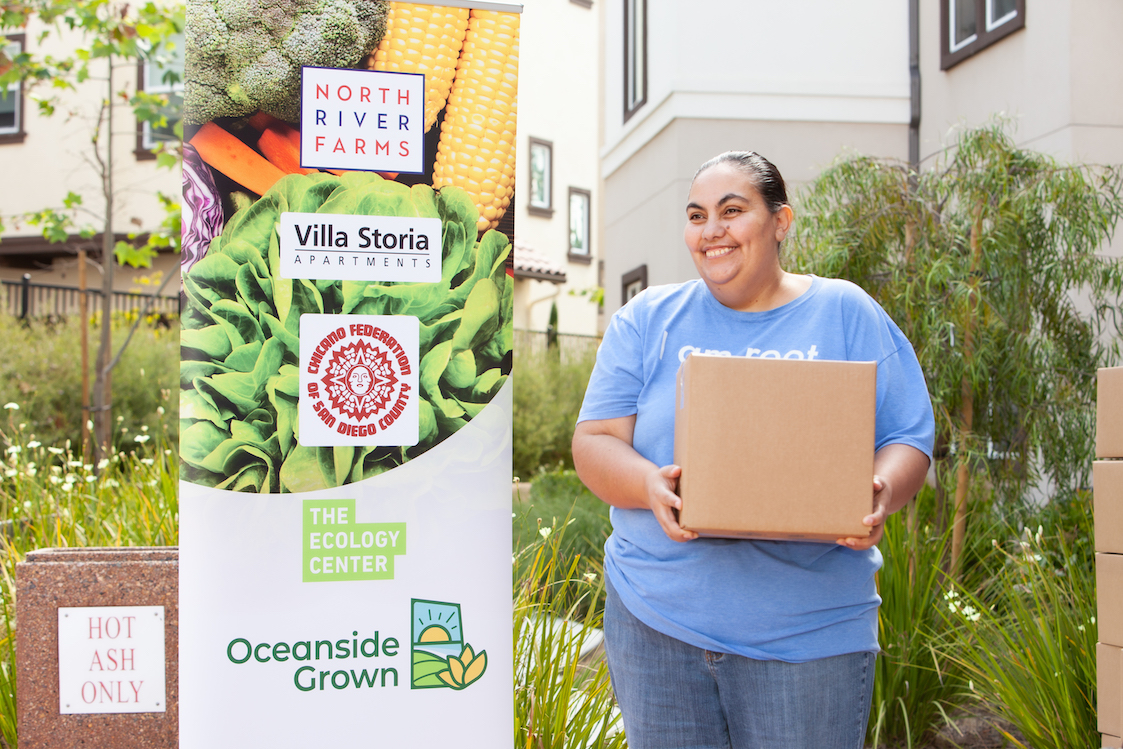 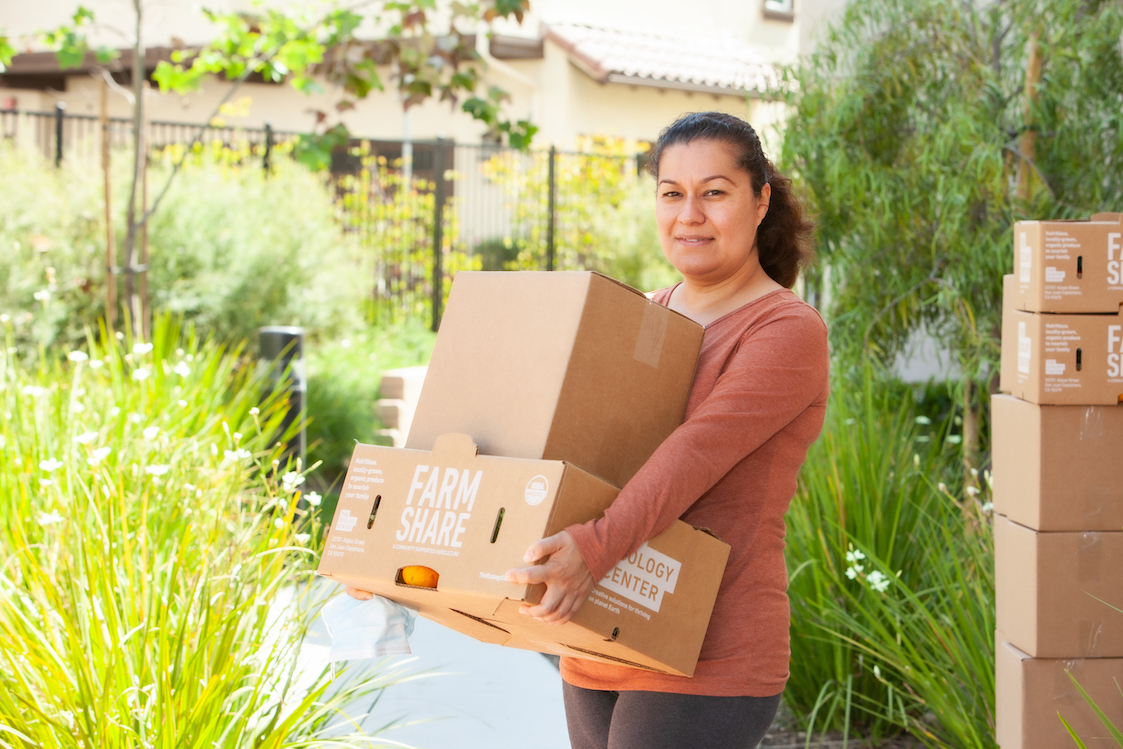 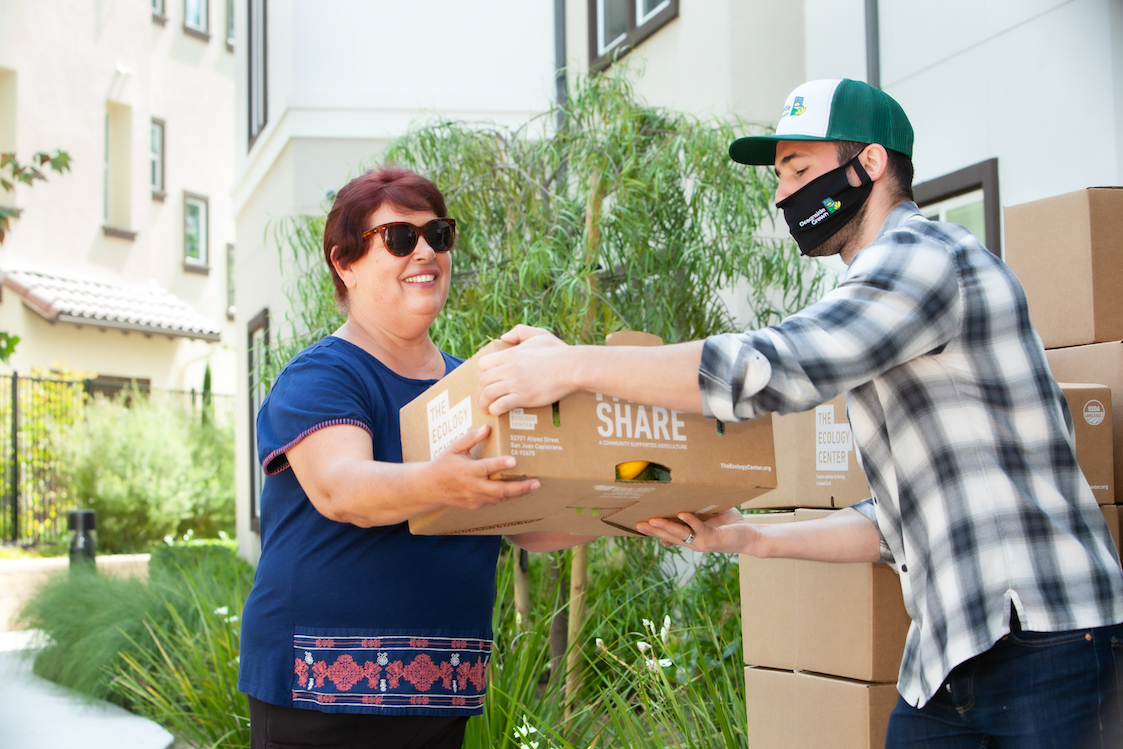 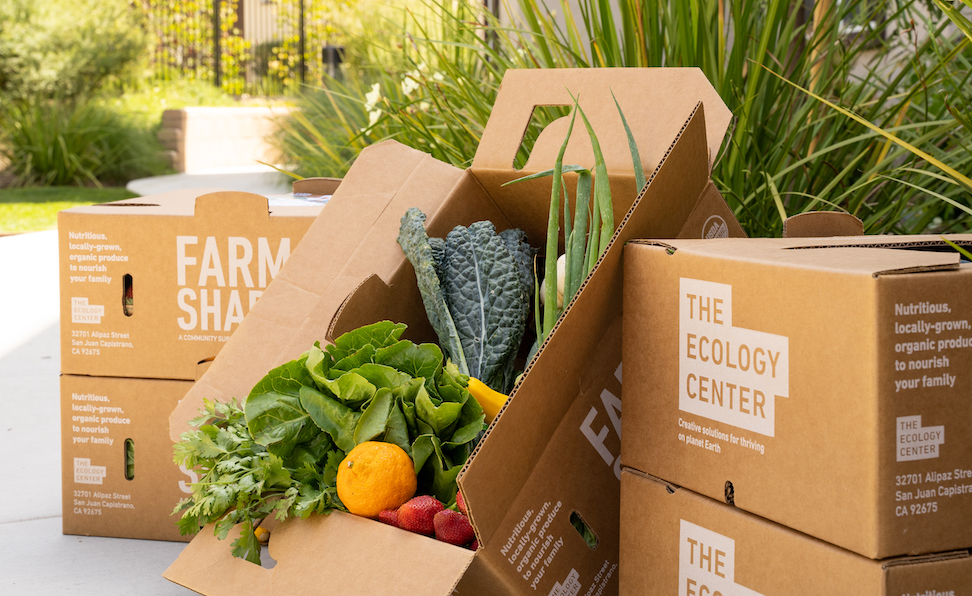 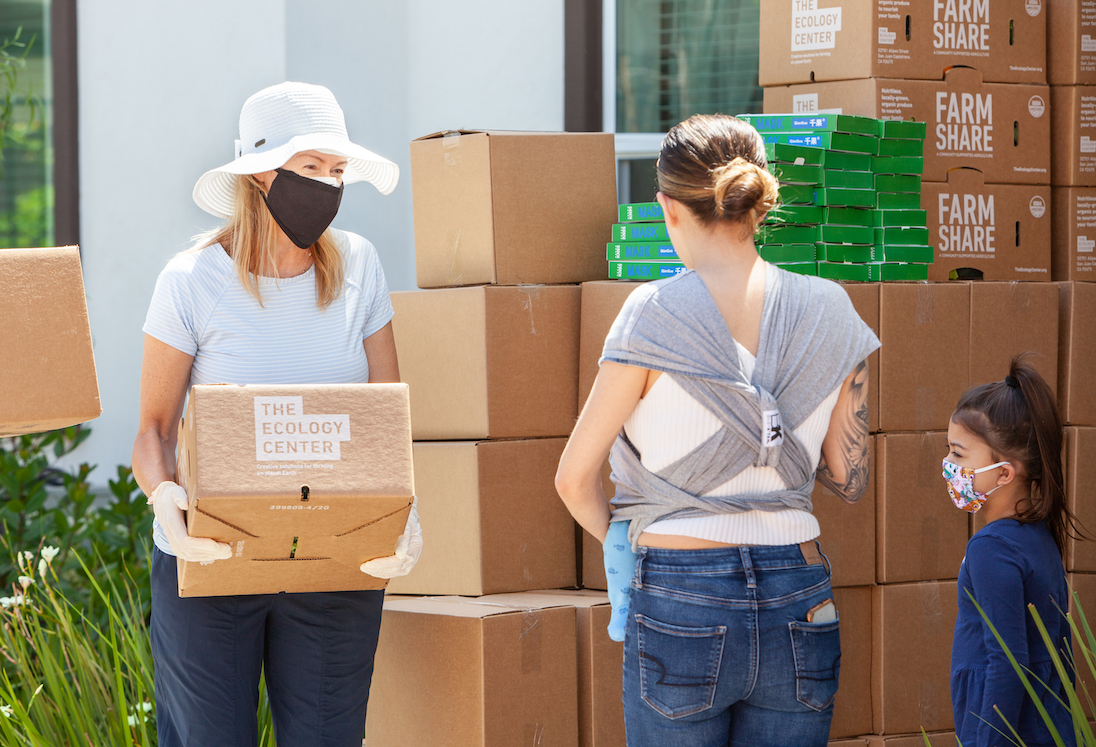 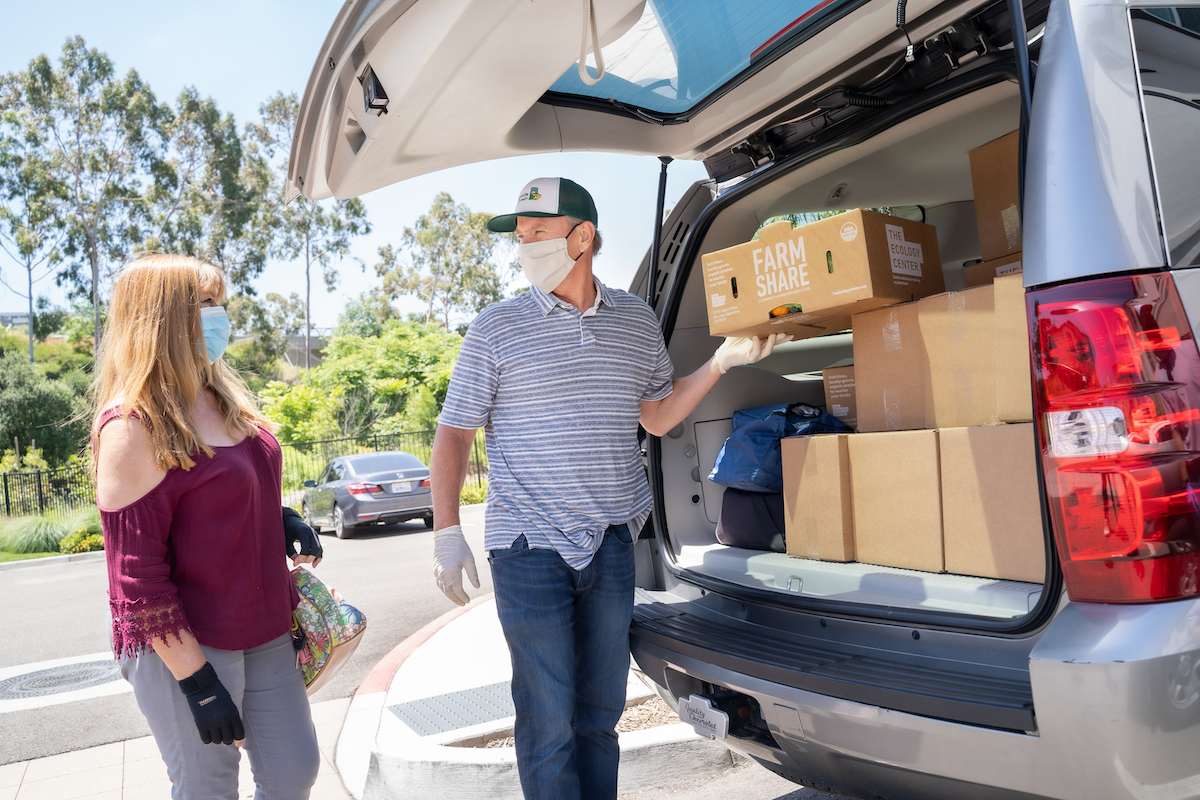 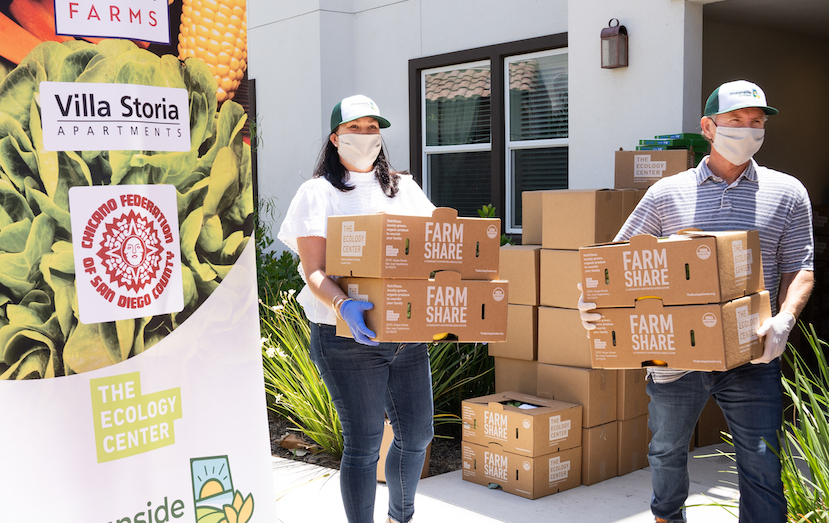 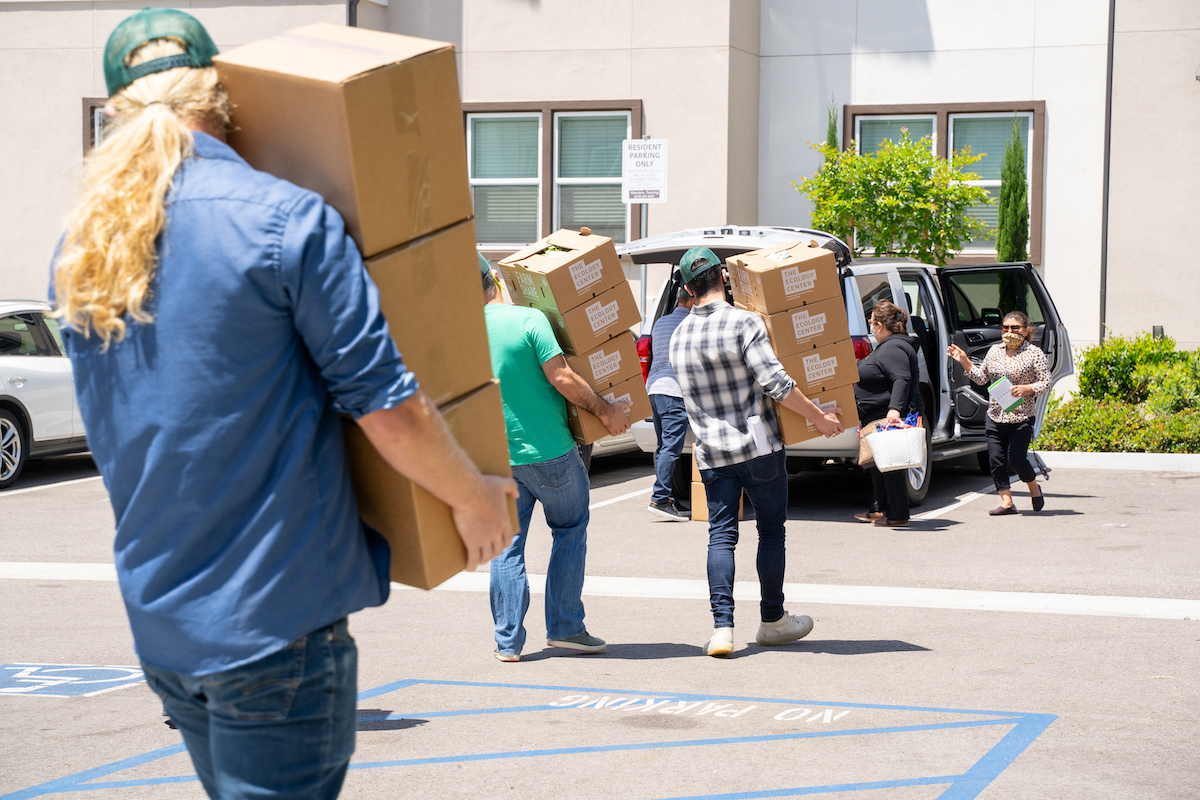 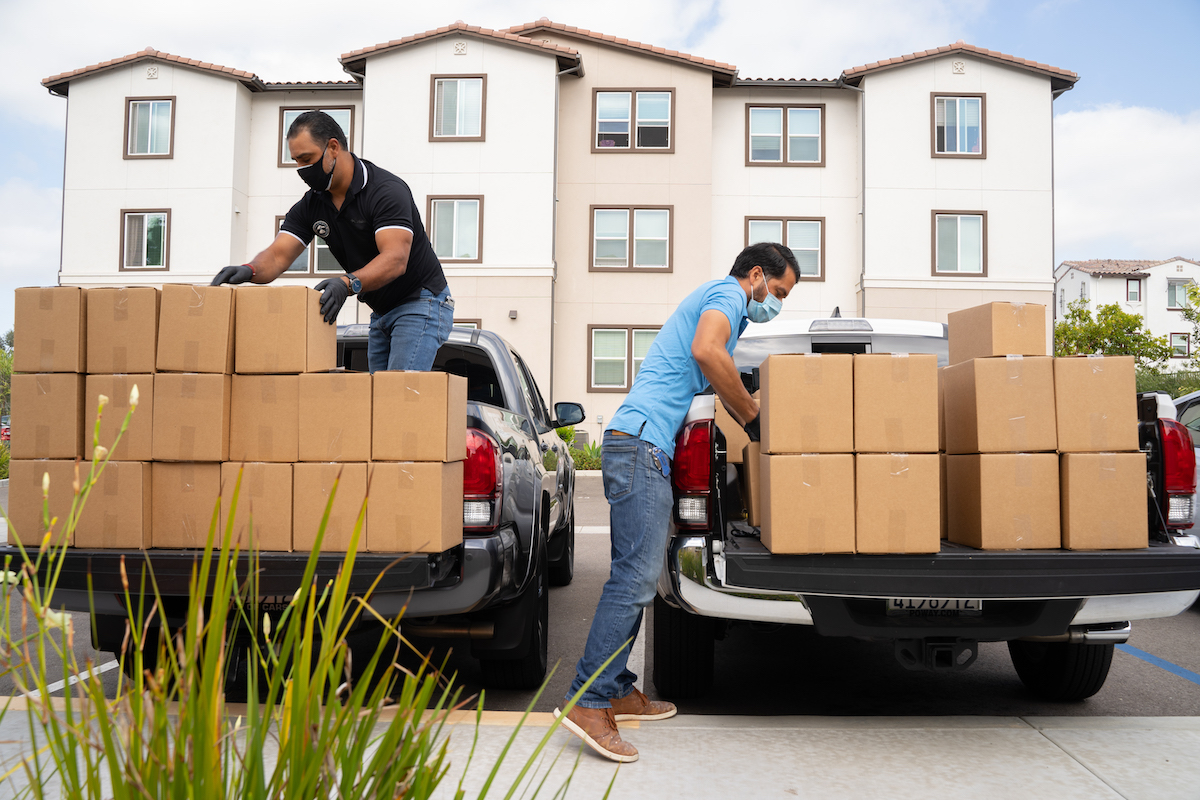 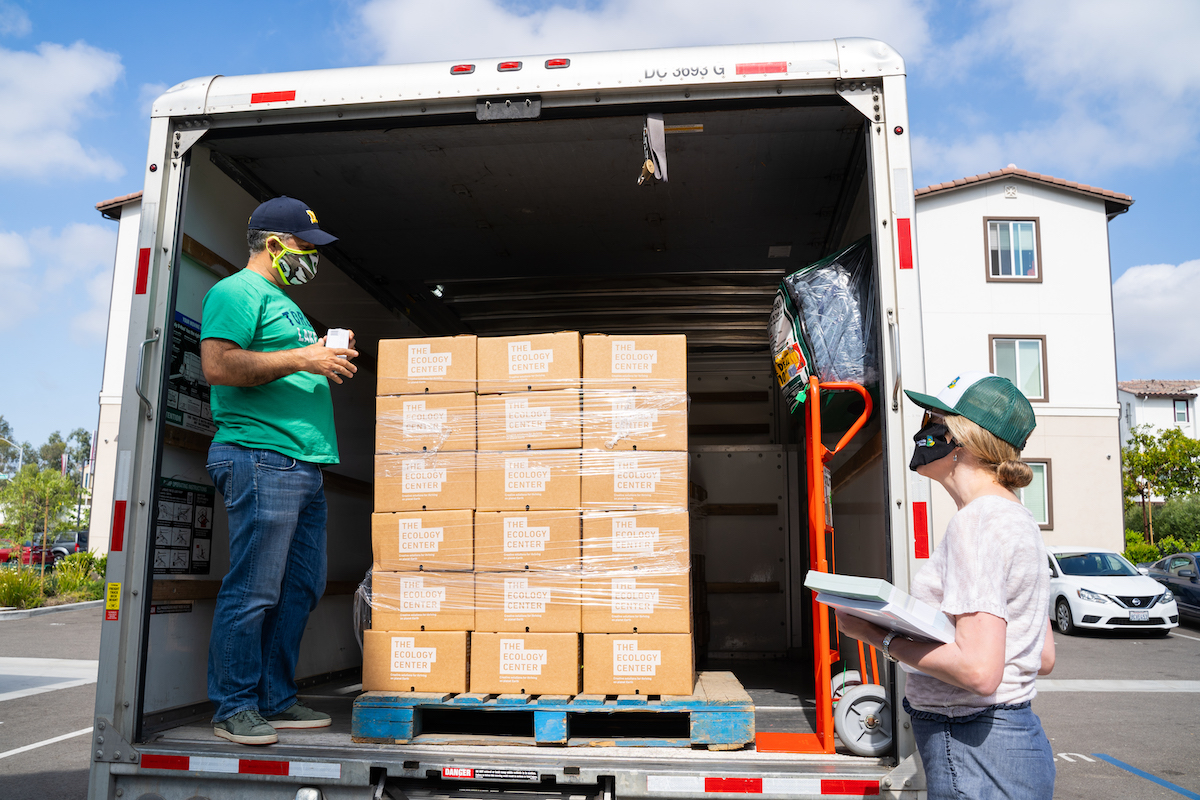 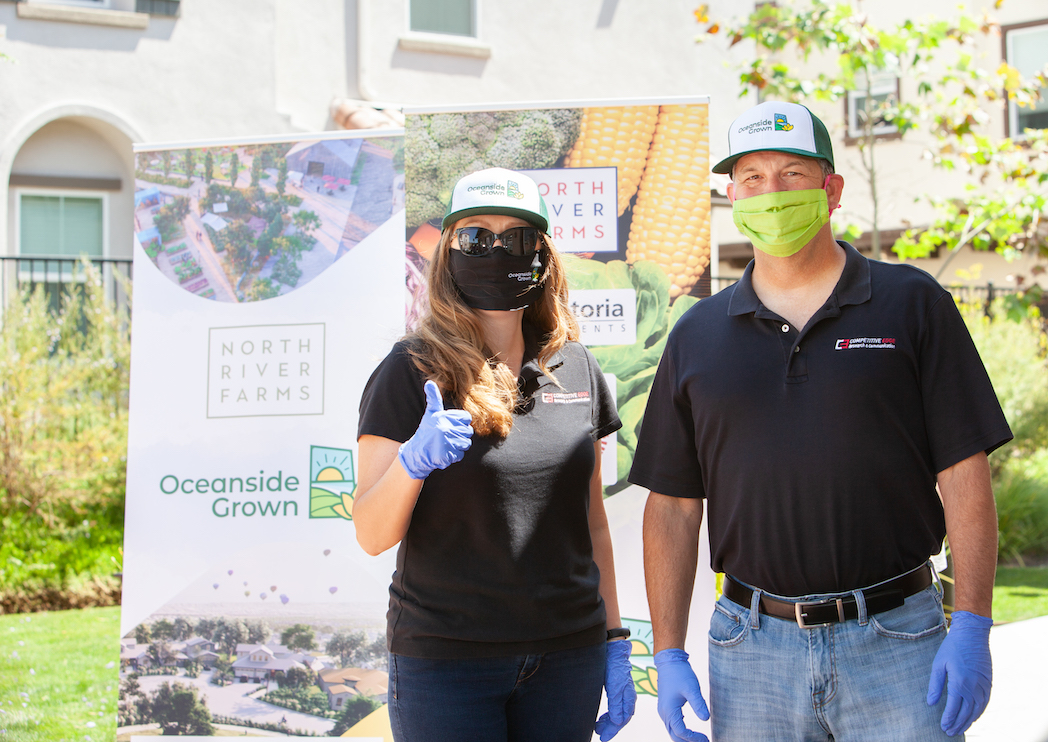 OCEANSIDE, CA — North River Farms partnered with the Ecology Center to provide produce for 100 local families. The produce and fresh meal kits were distributed in a special nutrition event Friday, May 22 at the Villa Storia inclusionary housing community in Oceanside. The food was provided by North River Farms as part of its efforts to provide ongoing support for the community through access to healthy, locally grown food. Many San Diego County residents face new challenges in obtaining fresh food because of job losses and income reductions caused by the COVID-19 pandemic, compounded by disruption to the nation’s food supply, all of which has led to food shortages for those who need it most.

The North River Farms team members provided the fresh produce and food packets, along with boxes of face masks, to families and seniors living in affordable housing, as well as Chicano Federation-affiliated daycare providers serving low-income families in Oceanside. The produce was grown locally by The Ecology Center.

“The pandemic has amplified our community’s concern for putting food on the table. We saw this distribution as a way to reach out to our neighbors and connect them with fresh, local produce.“ said Lance Waite, Principal with Encinitas-based Integral Communities, the developer of North River Farms. “Our hearts go out to families and seniors who are hungry or food insecure right now and we felt compelled to act. Through our partnership with The Ecology Center, we saw an opportunity to share its farm produce to help out our community in this time of crisis.”

Villa Storia, an affordable apartment community in Oceanside, was built by the Integral and Chelsea Investment team behind North River Farms and is the city’s first inclusionary community.

Elizabeth Mora was among the residents who received the produce and meal kits. She said that she, her husband and their two daughters faced a steep rent increase at their previous apartment, and felt lucky when they found Villa Storia. “It’s given a lot of help to people who have low incomes,” she said. “We have a home where we live, and many people don’t have that. We can stop worrying. I want to thank you very much; when you built (Villa Storia), it helped us.”

Zoya Dubensky, another resident, said she appreciated receiving the food because the COVID-19 crisis has made it more difficult to find fresh produce. “I really enjoy having locally grown food because I like to go to markets when they’re open,” Dubensky said. “I prefer to have food that’s locally grown and not somewhere that it sits somewhere else and comes here. If it’s nice, local produce it’s going to stay (fresh) in my refrigerator much longer.”

The ongoing food shortages are felt even more acutely in “food deserts” that exist in some areas of Oceanside. Parts of Oceanside have been designated food deserts by the U.S. Department of Agriculture, meaning that residents struggle without convenient access to fresh, healthy food. And while Oceanside’s agricultural industry is well established, several local farmers produce non-food items such as ornamental plants – not fresh fruits and vegetables sold locally.

North River Farms will be San Diego County’s first “Agrihood” – a residential community integrated with a 68-acre working farm to provide a fresh local food supply chain on the east side of Oceanside.

Approved by the City of Oceanside in 2019, North River Farms will establish a new farm focused on fresh produce, to be operated by The Ecology Center, a nonprofit. The farm will create a locally grown food supply chain that will produce food for 1,500 Oceanside families – feeding more than three times the population of North River Farms – along with affordable homes, approximately 700 permanent jobs, and millions of funding for local schools, parks, public services and traffic improvements that will benefit everyone in Oceanside. North River Farms will generate $5.9 million annually in permanent economic impact for Oceanside, according to the San Diego North Economic Development Council. During construction, which includes tens of millions in off-site road and infrastructure improvements, the economic impact for Oceanside will be $86.4 million.

“The Ecology Center grows fresh fruits, vegetables, herbs, and flowers using regenerative organic practices on our 20-acre farm just north of Oceanside,” said Evan Marks, Executive Director of The Ecology Center, a nonprofit that advances sustainable models for communities, including local agriculture. “Locally grown food can have a transformative effect on a community. We believe in any model that advances efforts to produce local, seasonal, organic agriculture for communities.”

Please use the following form to contact us with any questions!

Thank you! Your submission has been received!
Oops! Something went wrong while submitting the form.